The Past and Our Present
The historical legacy of people and place, a river valley of mystical fascination, a retreat from the ordinary for mind and body.

Our land was a turbulent wasteland of volcanic ash and lava flows millions of years ago. That tumultuous past created a ring of volcanoes that cooled and eroded and left behind the dead lava chambers that are now picturesque outcroppings of rock, similar terrain to the neighboring City of Rocks State Park.

That geologic legacy surrounds us in a 360-degree gallery of majestic silhouettes; Cooke's Range, the Black Range, and the Mimbres mountains form a basin for our secluded, little-known gem of southwestern New Mexico. The volcanic past and a lot of weather helped the mountains create fertile sediment and the Mimbres river carved its valley. Past and present, it feels worlds away from the hustle and bustle of the big city, and just a short drive from El Paso or Tucson. 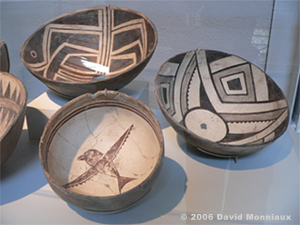 The Mimbreňos found an oasis in the cottonwood–lined rivers and canyons where they planted beans, maize, and squash, which fed them well, allowed them to build bustling towns and supported artisans who created their world-renowned Mimbres Pottery. They built trade networks with other tribes of North America and as far away as central Mexico. They hunted deer, elk, pronghorn antelope, turkey, quail, dove, and numerous other native species, paying homage to them in their art and culture. Weather extremes or perhaps opportunity with the northern pueblos drew the Mimbreňos away, but their art and ruins of their villages remain to this day. One of the largest and most significant collections of Mogollon and Mimbreňo cultural artifacts, housed at Western New Mexico University in Silver City, comes from our own NAN Ranch Ruin.
The Apache came later, finding sanctuary along the river and in the canyons that fed her, erecting sacred sights and sentinel stations to ward of rival tribes. They came to know and honor the land and use it as a thoroughfare in their nomadic culture. It was a welcomed, lush stopover whose canyons both sheltered and allowed easy escape from the Rio Grande Valley to the east and the plains to the south. Here the Chiricahua Apache of Cochise, Mangas Coloradas, Geronimo, and Nana made their final stand against westward expansion. Here, in our own Gavilán Canyon, a battle was fought between the Apache under Nana and Buffalo Soldiers from Fort Bayard. For his actions at the Battle of Gavilán Canyon, sergeant Brent Woods was awarded the Medal of Honor, becoming one of the first African Americans to receive the honor in American history.

The Apache never made the Mimbres Valley their home, as moving about was their way of life, but to them it was a gift of respite as evidenced in their share of the petroglyphs that dot the ranch. Eventually, the Apache would come into conflict with Spanish explorers in search of Cibola, the famed cities of gold. After those Spaniards came the Mexican settlers, the US cavalrymen, the Butterfield stage, miners in search of that same gold as the Spaniards three centuries before, and finally, ranchers.

Ranching built the NAN as it is today, and ours is a plotline out of a Western novel.
The story opens with the humble holdings of John Brockman and his Mexican bride, a former slave in Mexico, in 1870 and advances to the booming, massive, and modern ranching empire consolidated by Texan J.T. McElroy in the 1920s. For his much younger bride, Mr. McElroy built the now-historic Spanish colonial revival home that with its luxurious landscaping added urbanity to the solid adobe ranch houses, barns and service buildings that had come before. After World War II, the NAN ranch was acquired by our predecessor and compass, grandfather and great-grandfather of its current owners, W. B. Hinton. 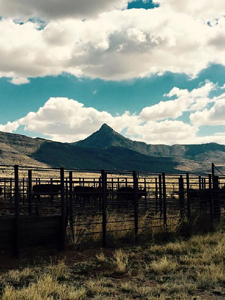 Born and raised on a cattle ranch in north Texas, our grandfather and great-grandfather W. B. Hinton, known to us as Daddy Bill, made and lost and remade an oil fortune several times over but taught us that "the Land" is the only thing that lasts.

Four generations of our family worked to preserve this gem of the Southwest, its rich history, and its future. Our guests find that despite the impact people have made on the NAN, they can walk out among the tall grasses, along the ridges, in the shade of the cottonwoods and feel a unique something they can't feel in a city or even a National Park: no human has ever stood where they're standing. We have grown up, fortunate in Daddy Bill's wisdom, with the most beautiful piece of southern New Mexico as our home. Here we learned to ride horseback along the Mimbres, to drive rocky roads as soon as our feet could reach the pedals, to hike, bike, and shoot in our mountains. We learned, too, to let the land with its simple beauty and spirit heal and rejuvenate through silence, unparalleled sunsets, and towering thunderheads.

The Burford and Lang families consider it our good fortune, also, to share the life and spirit of the hills, canyons, river and mountains with our guests from near and far.

The Land is the only thing that lasts, and the NAN is waiting. 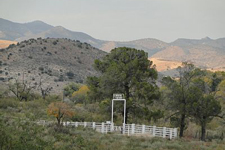 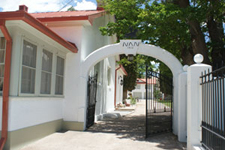 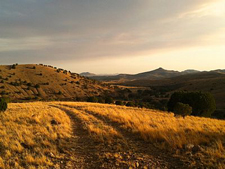 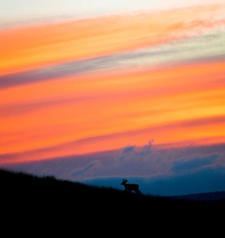